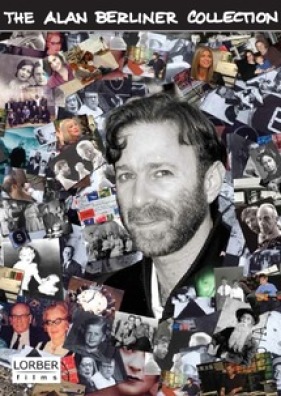 Alan Berliner’s uncanny ability to combine experimental cinema, artistic purpose, and popular appeal in compelling film essays has made him one of America’s most acclaimed independent filmmakers. The New York Times has described Berliner’s work as “powerful, compelling and bittersweet… full of juicy conflict and contradiction, innovative in their cinematic technique, unpredictable in their structures… Alan Berliner illustrates the power of fine art to transform life.”

The Family Album is a one-hour experimental documentary film utilizing a vast collection of rare 16mm home movies from the 1920s through the 1950s, that weaves into a composite lifetime, passing through the celebrations and struggles from childhood to adulthood, from innocence to experience. It is a universal yet intimate portrait of the American family, not scripted, not rehearsed, not immune to the conflicts and contradictions underlying family life and its rituals.

Intimate Stranger is a poetic and emotional jigsaw puzzle carved out of the voluminous memorabilia of his grandfather’s life story. Family members try to make sense of it all in this witty, candid and cinematically inventive documentary biography. In Nobody’s Business, Alan Berliner takes on his reclusive father as the reluctant subject of this poignant and graceful study of family history and memory.

In Nobody’s Business, Alan Berliner takes on his reclusive father as the reluctant subject of this poignant and graceful study of family history and memory. What emerges is a uniquely cinematic biography that finds both humor and pathos in the swirl of conflicts and affections that bind father and son. Ultimately this complex portrait is a meeting of the minds - where the past meets the present, where generations collide, and where the boundaries of family life are pushed, pulled, stretched, torn and surprisingly at times, also healed.

In The Sweetest Sound, Alan Berliner (the filmmaker from New York) is tired of being mistaken for people who might share his name and decideds to rid himself of the dreaded Same Name Syndrome. His solution: invite all the Alan Berliners in the world over to his house for dinner. In the end Berliner leaves us with a greater sense of the power and magic embedded in a name, and how all of our identities are inescapably shaped by what we call ourselves.