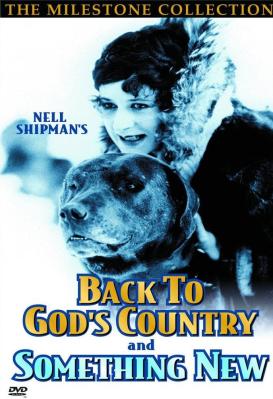 Back to God's Country: The Films of Nell Shipman

In BACK TO GOD'S COUNTRY, Shipman plays a beautiful young woman trapped on an ice-bound ship. The captain, a murderous fugitive, will stop at nothing to have his way with Shipman. With only the help of a ferocious dog at her beck and call, she must stave off the captain's advances and escape with her husband to safety.

Meanwhile, SOMETHING NEW is a thrilling and hilarious Western with an anachronistic twist. Chased by bandits across rocky terrain, Shipman, co-star Van Tuyle, and their pet collie "Laddie" survive some of the most amazing (and real) stunts ever attempted in a 1920 Maxwell sedan.