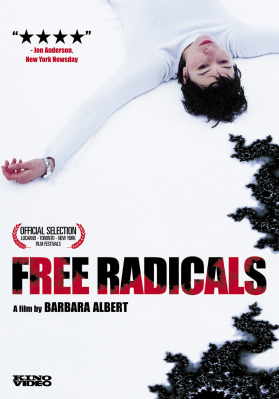 Austrian housewife Manu's narrow escape from the catastrophic consequences of "The Butterfly Effect" aboard an airliner only sets her up for an even more shockingly random fate. As the devastating results of a traffic accident transform Manu's family and the young occupants of the other car, the personal and circumstantial fallout envelopes an entire community. Raw sexuality, burgeoning romance, suburban sprawl and unsolved child abduction form a four-season dramatic fresco that exposes the lonely yearning and thwarted redemption ricocheting the human particles of Free Radicals off of each other.

"Free Radicals is an intelligent exercise in montage enlivened with some terrifice visual and dramatic ideas." - J. Hoberman, The Village Voice