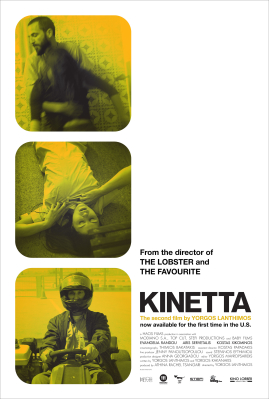 Never before released in the United States, this darkly comic and insinuatingly hypnotic film comprises the extraordinary solo directorial debut from Lanthimos, whose first three narrative features (Kinetta, Dogtooth, Alps) defined the Greek New Wave before he shifted to English-language films, including Academy Award nominees The Lobster and The Favourite. - MoMI

Copy code to embed on your site: