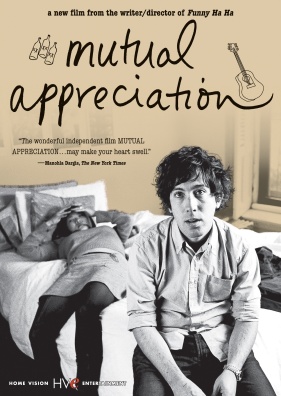 Release: 2005
Runtime: 109
Country: U.S.
Language: English
Director: Andrew Bujalski
Alan (Justin Rice), a musician whose band has just broken up, shows up in New York to pursue his burgeoning rock and roll career. He starts by searching for a drummer for a show he's already lined up, and otherwise goes about the mechanics of self-promotion. He finds a champion in Sara (Seung-Min Lee), a radio DJ who sets her sights on a submissive but uninterested Alan and finds him a drummer. In his down time, Alan drinks and strategizes with his old friend Lawrence (Bujalski), a grad student, and Lawrence's girlfriend Ellie (Rachel Clift), a journalist. Alan endeavors to keep his shoulder to the wheel, while Ellie finds herself compelled by him. The attraction is mutual, but both parties are reluctant to take a next step.