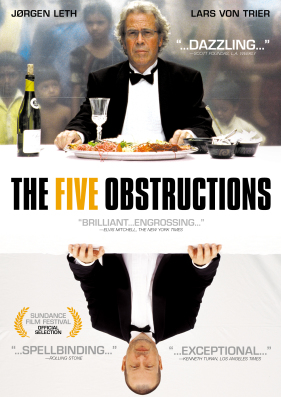 Lars von Trier now enters the world of documentary filmmaking alongside his idol, Danish filmmaker Jorgen Leth. In 1967, Leth made a 12 minute feature film called The Perfect Human. In the year 2000, von Trier challenged Jorgen Leth to remake his film five times, each time with a new obstruction to force Leth to rethink the story and characters of the original film. Lars von Trier sets a game in motion that is full of traps and vicious turns hoping each time Leth will fail but it turns out to have a surprising outcome.