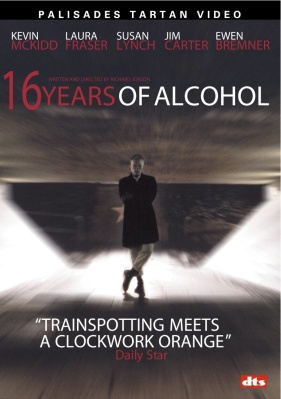 The opening scene shows Frankie being beaten by a small group of men, and the rest of the film is shown as a flashback leading up to that point. The film is split into three sections: Frankie's troubled childhood, his violent adolescence as a ska-loving skinhead who commands a small gang, and a period of change, in which Frankie tries to believe in hope and love. He starts a relationship with Helen (Laura Fraser), a girl who studies art and works in a record store. When the differences between them became too obvious, Helen breaks up with Frankie, and he joins Alcoholics Anonymous (or a similar program) and a theatre group along with Mary (Susan Lynch), a good-hearted alcoholic. This allows Frankie to exorcise some of his demons, and he loses the desire to fight. A situation in a pub while out with the group makes Frankie believe that Mary is cheating on him with the director. This reignites doubts created by his parents a long time ago. Feeling deceived, Frankie rejects Mary without a valid reason. When he's preparing to drink a glass of scotch, he begins to muse how the past has destroyed his life up to this point and decides to stay sober and call Mary to apologise. The events merge with the beginning of the film, and Frankie's former comrades chase and beat him up. Whether Frankie dies or not is left open to the viewer.


Behind the Scenes Featurette


The Film in Storyboards

"The film has a poetic pulse, its ups and downs accompanied by some smartly chosen pop songs, a seductive original score and McKidd's husky voice-over narration." - New York Daily News