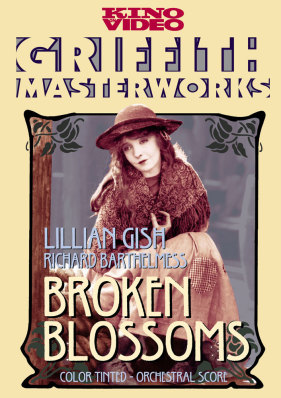 D. W. Griffith reached a pinnacle of expressiveness in this tender yet tragic tale of love and suffering in the seedy Limehouse district of London.

Richard Barthelmess gives a sensitive portrayal of a Chinese man who travels to England to spread the pacifist teachings of the Orient, but it is Lillian Gish who illuminates the screen. In this, the most heart-rending performance of her career, she plays a fifteen-year-old street urchin who longs to escape her miserable existence. Emotionally scarred by the torment and neglect of her abusive father (Donald Crisp), she collapses in the shop of the lonely and disillusioned "yellow man." As he tenderly nurses her back to health, an unspoken romance flowers between them, awakening in each of them feelings of love they thought themselves forever denied.

In some ways, Broken Blossoms was Griffith's response to critics of The Birth Of A Nation, an effort to clear himself of lingering charges of racism. However, cinematic convention forbade physical intimacy between the two races. With this in mind, Griffith took what might have been a bold interracial romance and turned it into something more ethereal: a form of cinematic poetry that engages the viewer through subtle gestures and changes of expression, meticulously choreographed and gracefully assembled.

Featuring Lillian Gish, Richard Barthelmess, Donald Crisp. This exclusive Kino on Video edition was digitally remastered from a 35mm print at the correct projection speed, with color tints and a new score by Joseph Turrin, recorded in digital stereo. 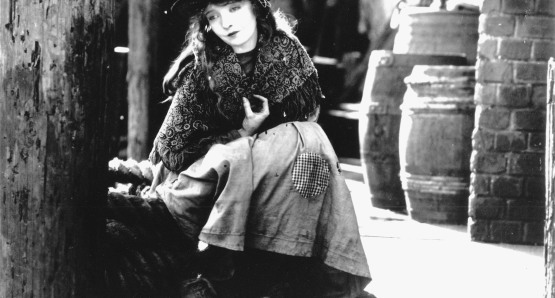