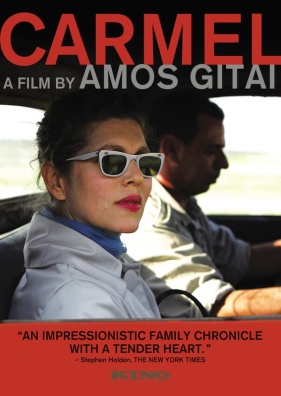 Using both fiction and documentary techniques, Gitai links his family history to ancient history. Through exquisitely composed long takes, he re-enacts the Jewish-Roman wars that began in 66 A.D., and contrasts them to the young soldiers enlisting in Israel's army today, including his own son, making the film "a passionate expression of Mr. Gitai's anguish at living in a country in a continual state of war" (NY Times). The cycles of violence are never-ending, but so are the bonds of family. Gitai's wife Rivka reads letters from his mother, linking generations of Jews and Israelis within the warm embrace of memory.

With narration by Jeanne Moreau (JULES AND JIM) and "abstractly beautiful" (NY Post) cinematography by Stefano Falivene, Gitai's "gentle touch and free associative honesty," (Box Office Magazine) has created a rich and timely document on what it means to be Jewish today.