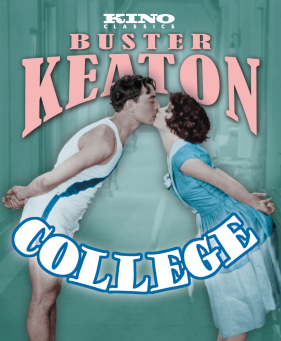 Buster Keaton goes back to school and stages a hilarious send-up of university life in COLLEGE. Keaton stars as Ronald, an idealistic freshman who attends Clayton College in pursuit of higher learning, but finds himself instead embroiled in a war of athletics as he fights for the heart of his beloved coed, Mary (Anne Cornwall).

More than he had in any other feature, Keaton stretched the boundaries of solo physical comedy. In a series of unforgettable vignettes, stone-faced Ronald tries his hand as a baseball player, soda jerk, waiter, coxswain, and track star, perfomring each task with a steady determination but with consistently disastrous results. These scenes are especially amazing because in demonstrating Ronald's athletic inadequacies, Keaton reveals a surprising degree of physical prowess and finesse, particularly during the film's exhilarating climax.

• "The Scribe" (1966, 30 min.) This industrial film, sponsored by the Construction Safety Association of Ontario, is believed to be Keaton's final filmed performance. 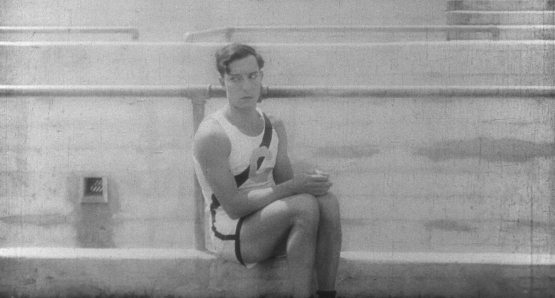 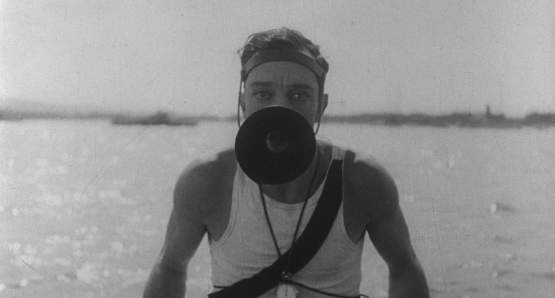 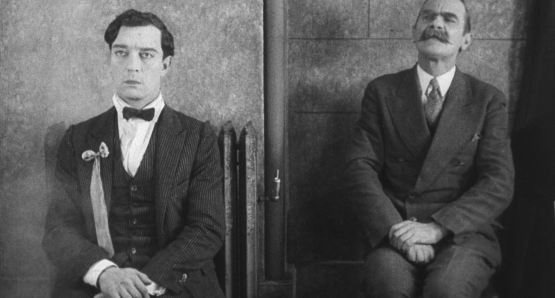 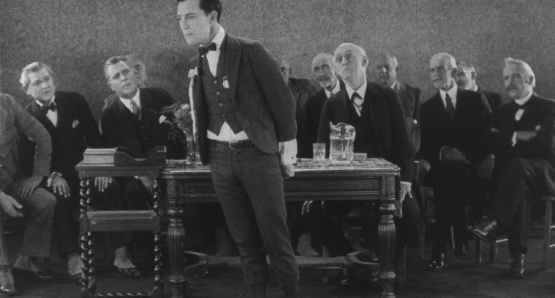 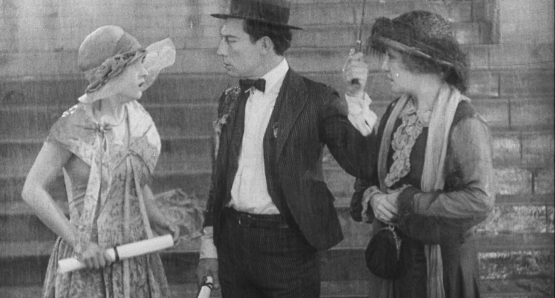