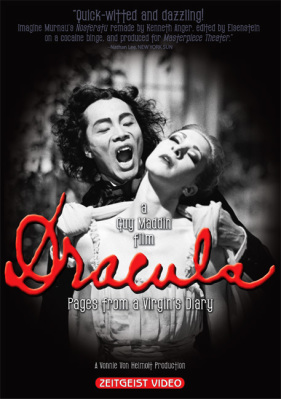 After garnering widespread acclaim with his mini-masterpiece THE HEART OF THE WORLD, red hot cult auteur Guy Maddin (THE SADDEST MUSIC IN THE WORLD) has taken on the world’s most adapted horror tale and concocted his most original and ravishingly stylized cinematic creation yet. Beautifully transposing the Royal Winnipeg Ballet’s interpretation of Bram Stoker’s classic vampire yarn from stage to screen, Maddin has forged a sumptuous, erotically charged feast of dance, drama and silent film techniques. The black-and-white, blood-red-punctured DRACULA: PAGES FROM A VIRGIN’S DIARY is a Gothic grand guignol of the notorious Count and his bodice-ripped victims, fringed with the expressionistic strains of Gustav Mahler.

DRACULA: PAGES FROM A VIRGIN'S DIARY is also available on DVD as part of the QUINTESSENTIAL GUY MADDIN box set. 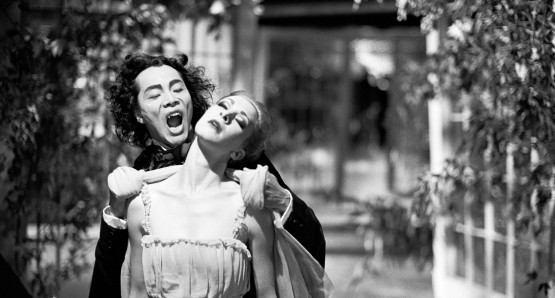 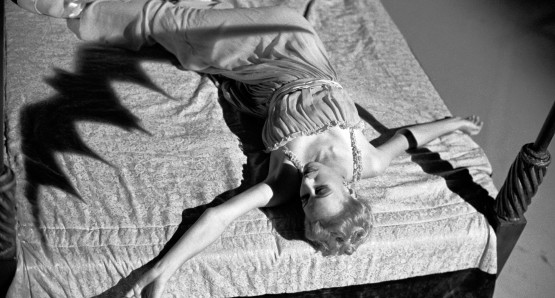 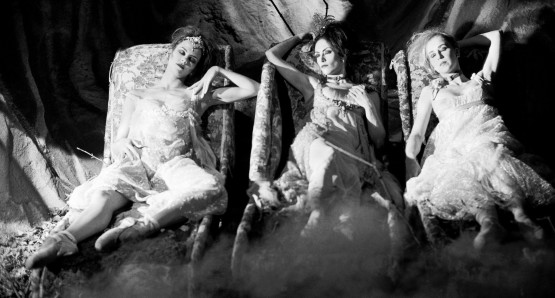 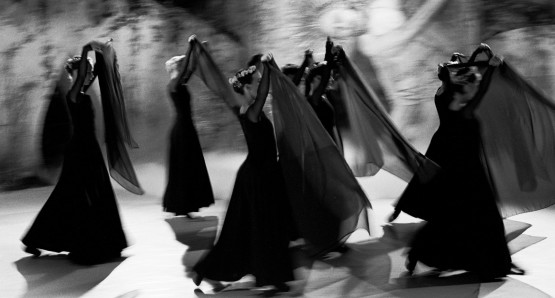 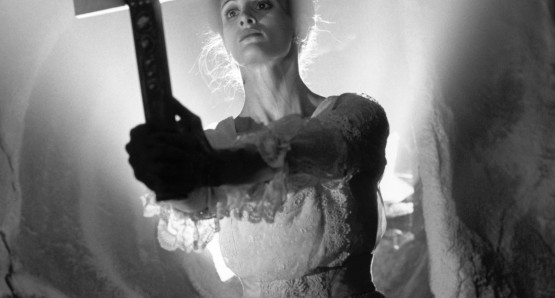