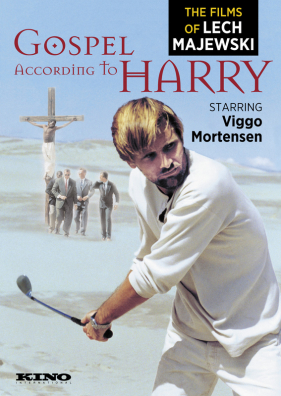 Gospel According to Harry (DVD)

Combining the theatrical surrealism of Samuel Beckett and Eugene Ionesco, the pop-art playfulness of Richard Lester, scathing social critique, genuine pathos and the mind-boggling imagery for which writer-director Lech Majewski (The Garden of Earthly Delights, Glass Lips) is renowned, Gospel According to Harry is a wholly original cinematic tour de force.

Years before the Lord of the Rings trilogy catapulted him to international superstardom, Viggo Mortensen (Eastern Promises, A History of Violence) played Wes, a young husband locked in co-dependent discontent with his beautiful and needy wife Karen (Jennifer Rubin ­ The Doors, Nightmare On Elm Street III). Their future prospects as barren as the sun-bleached dunes that are the surreal setting for their one room existence, Wes and Karen go through the dehumanizing motions of a modern life in which happiness is as ephemeral and elusive as the grains of sand beneath their feet.

Boasting a remarkable cast, including 60's British film icon Rita Tushingham (Doctor Zhivago, The Knack and How to Get It), haunting visuals, and incisive wit, Gospel According to Harry - which was produced for David Lynch's Propaganda Films - is at last ready for discovery, available here for the first time on DVD. 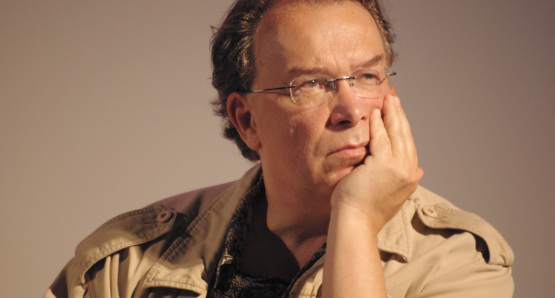