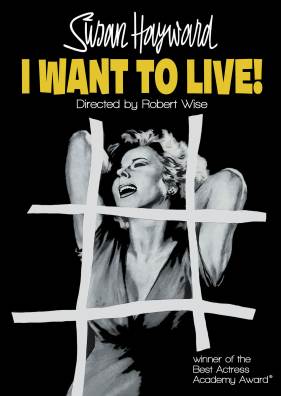 Newly Remastered in HD! Nominated for 6 Academy Awards including Best Director (Robert Wise, Run Silent, Run Deep) and winner of the Best Actress Oscar (Susan Hayward, The Honey Pot). Prostitute! Party Girl! Perjurer! Petty Criminal! She's all this and more... but is she a murderer? Hayward gives a sensational, nerve-shattering performance in this harrowing, must-see motion picture that will leave you breathless with suspense. Arrested for fatally beating an elderly widow, Barbara Graham (Hayward) at first goads the police, refusing to answer their questions. But when an alleged accomplice turns state's evidence, Graham insists that she's innocent. Condemned by the press and the public, Graham is found guilty of murder and sentenced to die in the gas chamber. But as her execution date nears, Graham desperately attempts to expose the truth and save her life against all odds. The strong cast includes Simon Oakland (The Satan Bug), John Marley (Faces) and Theodore Bikel (Shattered). Also nominated for Best Writing, Cinematography, Sound, and Film Editing.