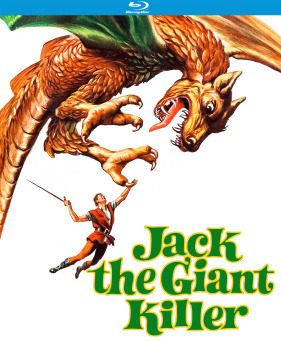 Newly Mastered in HD! A pretty princess… an evil sorcerer… a hero for all ages! Forget about beanstalks – this vivid fairy tale brilliantly re-imagines the beloved fable as a rugged adventure that delights with vigorous acting and excellent trick effects. Reuniting the director (Nathan Juran) and stars (Kerwin Mathews and Torin Thatcher) of The 7th Voyage of Sinbad, this visual treat is a journey you'll want to take again and again. Farm boy Jack (Mathews) heroically rescues Princess Elaine (Judi Meredith) from sorcerer Pendragon (Thatcher) by slaying his bloodthirsty giant. But when Pendragon uses his evil powers to bewitch and imprison Elaine in his enchanted fortress, Jack must cross the ocean to brave dragons, two-headed ogres and an army of ghouls to save his lady love. This special edition includes both the original 94-minute cut and the re-envisioned 91-minute musical version of the classic.