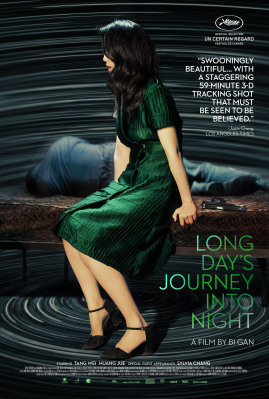 Bi Gan follows up his knockout debut, Kaili Blues, with this noir-tinged stunner about a lost soul (Jue Huang) on a quest to find a missing woman from his past (Wei Tang, Lust, Caution). Following leads across Guizhou province, he crosses paths with a series of colorful characters, among them a prickly hairdresser played by Taiwanese superstar Sylvia Chang. When the search leads him to a dingy movie theater, the film launches into an hour-long, gravity-defying 3D sequence shot that plunges its protagonist—and us—into a labyrinthine cityscape. China's biggest arthouse hit of all time, the film took in more than $40 million dollars in its opening weekend at the domestic box office.

“Critic’s Pick! Intoxicating. Feels like dreaming with your eyes open.”

“Swooningly beautiful... with a staggering 59-minute 3-D tracking shot that must be seen to be believed.”

“A flat-out masterpiece. If Bi Gan’s goal was to reinvent the language of film, he might have achieved that goal.”

“Imaginatively spellbinding. An all-enveloping experience that genuinely approaches the condition of hallucination.”

“Magical. An honest-to-God, how’d-they-do-that enchantment. Ranks among the great poetic and technical achievements in recent cinema. A full-body swoon of a movie.”

“Mind-blowing. Brims with hallucinatory brilliance. The 3D shot of the century.”

“Gorgeous… mind-boggling. A feat of choreography and visual acuity that’s astonishing to behold.”

"Like many great filmmakers—from Alain Resnais and Andrei Tarkovsky to David Lynch and Apichatpong Weerasethakul, all of whom he recalls to varying degrees—Bi [Gan] seems to believe that new realms of cinema are possible in making the immaterial material."

“Mesmerizing... movie magic. This is bold and rare filmmaking.” 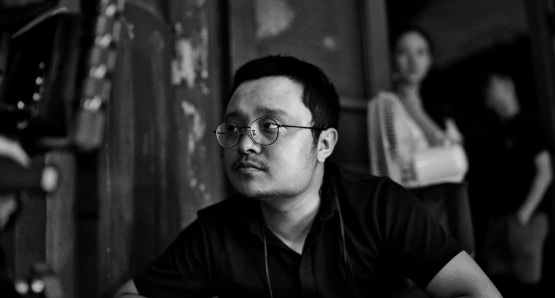