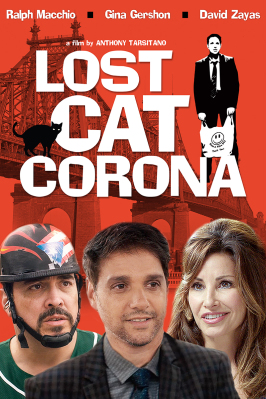 Dominic, a blue-collar man from Corona Queens, NY, likes to play it safe. But Dom’s M.O. is tested when his wife’s cat goes missing, and he sets out on a quest to find him – encountering a parade of wacky characters in sometimes funny, and sometimes threatening situations. Unfolding over the course of a day full of intersecting storylines, Dom encounters a deranged psychopath, endures a sideshow of a wake, and becomes unwittingly involved in the exchange of illegal knock-off handbags with a gun pointed in his face. As the day nears the end, it’s a confrontation with a pair of real cool teens that forces Dom to face the issues that have been holding him hostage his entire life in order to save his wife’s cat and so much more.