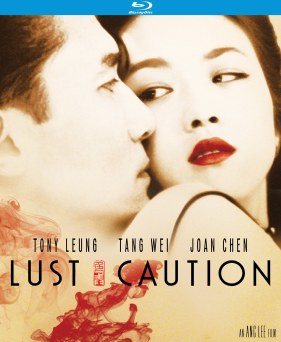 From two-time Oscar-winner Ang Lee, the acclaimed director of Sense and Sensibility, The Ice Storm, Brokeback Mountain, Life of Pi and Crouching Tiger, Hidden Dragon, comes this romantic drama starring the great Tony Leung (In the Mood for Love) with Wei Tang (Blackhat) and Joan Chen (The Last Emperor). Set against the backdrop of a transforming country, Lust, Caution tells the provocative story of a young woman (Tang) who finds herself swept up in a radical plot to assassinate a ruthless and secretive intelligence agent. As she immerses herself in her role as a cosmopolitan seductress, she becomes entangled in a dangerous game that will ultimately determine her fate. Erotic, breathtaking and suspenseful, this award-winning film was hailed by critics as “exquisitely beautiful” (Roger Ebert, Chicago Sun-Times) and “lushly sensual” (Leah Rozen, People).