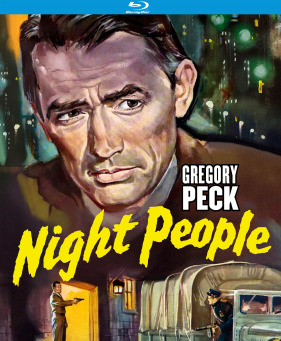 Brand New 4K Restoration! In this post-WWII suspense thriller, an American GI is abducted by the Soviets in West Berlin. Screen legend Gregory Peck (The Big Country, Duel in the Sun) plays Col. Van Dyke, a CIA officer stationed in Berlin who is put in charge of the case. The GI is the son of an influential industrialist (Broderick Crawford, Big House, U.S.A.) who demands that something is done immediately. But this is not a simple exchange; the Soviets in return are asking for the Americans to turn over an elderly anti-Nazi activist couple to the East Germans, who’ll most likely execute the couple. Writing great Nunnally Johnson (The Dirty Dozen, Three Faces of Eve) wrote, produced and directed this exciting espionage adventure featuring Anita Björk (Miss Julie), Buddy Ebsen (Barnaby Jones), Peter van Eyck (Shalako) and Marianne Koch (A Fistful of Dollars).