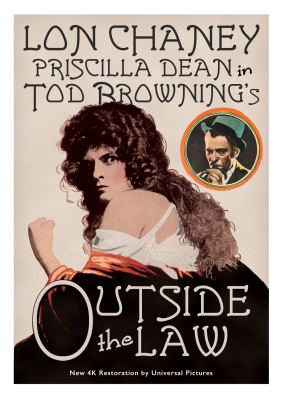 Outside the Law (DVD)

While under contract at Universal Studios, Tod Browning crafted a series of melodramas with strong female protagonists, women on the wrong side of the law, who stood defiantly against the men who tried to control them. No actress better personified this tough, glamorous anti-hero than Priscilla Dean (Drifting, White Tiger). In Outside the Law, Dean plays hard-boiled jewel thief Molly Madden. When her father is framed for murder by Black Mike Sylva (Lon Chaney), Molly partners with safecracker Dapper Bill (Wheeler Oakman) to stage a double-cross of their own. Outside the Law was Browning’s second film with actor Lon Chaney, whose gifts for elaborate makeup and ruthless villainy would flower under Browning’s direction, setting the stage for a series of monstrous characterizations that would revolutionize the melodrama and lay the foundations of the American horror film.