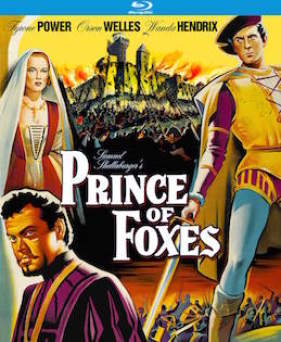 In this captivating epic of intrigue, action and romance, the handsome and masterful Tyrone Power (The Mark of Zorro) shines in the title role as Andrea Orsini, a bold and courageous warrior. The setting is Renaissance Italy, where the notorious and violent Borgia family, led by Cesare Borgia (Orson Welles, Compulsion), is determined to capture neighboring lands and expand the family's empire, power, and wealth. As a Borgia spy-soldier, Orsini is dispatched to a small territory Cesare hopes to capture. But Orsini becomes captivated by the intelligence and charm of the Duke and his young wife. Torn between allegiance to his master and a growing friendship with his assigned victims, Orsini becomes embroiled in a fierce and spectacular battle for justice and nobility. The great Henry King (David and Bathsheba) directed this glorious epic, which was beautifully shot on location by legendary cinematographer Leon Shamroy (Daisy Kenyon, Daddy Long Legs). Nominated for 2 Academy Awards including Best Cinematography, and Costume Design.