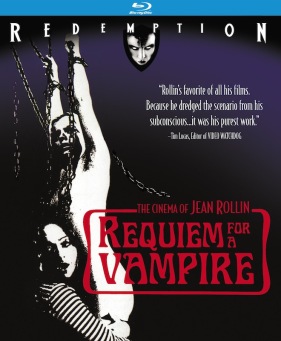 Requiem for a Vampire (Blu-ray)

REQUIEM?FOR?A?VAMPIRE (Requiem pour un vampire) was Jean Rollin’s favorite of all his films. Because he dredged the scenario from his subconscious, and because it was rushed into its written form so quickly (Rollin claimed that he wrote the entire script in only two days), he felt it was his purest work.

True to Rollin’s roots in serials and the Bizarre, the film opens with an action scene already in progress: two women in full clown makeup (Marie-Pierre Castel, Mirielle d’Argent), firing guns at a retaliating car behind them, as a handsome associate mans the steering wheel. This being a Rollin film, we quickly dispense with the man and get on with the general absence of story and the vital accumulation of fetish. Eluding their pursuers, our two clowns continue their never-explained flight on foot, journeying to a cemetery, then a chateau inhabited by “the last of the vampires.”

“Rollin’s favorite of all his films. Because he dredged the scenario from his subconscious...it was his purest work.” - Tim Lucas, Editor of VIDEO WATCHDOG 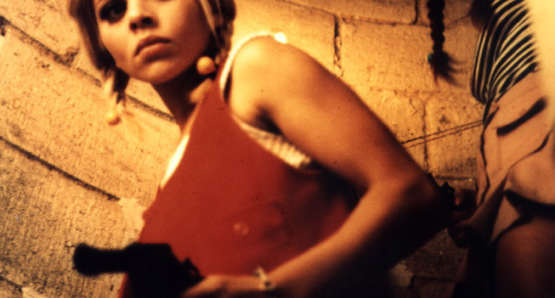 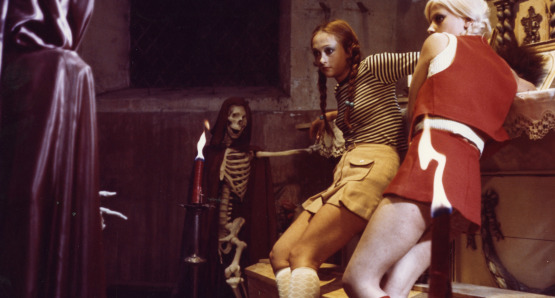 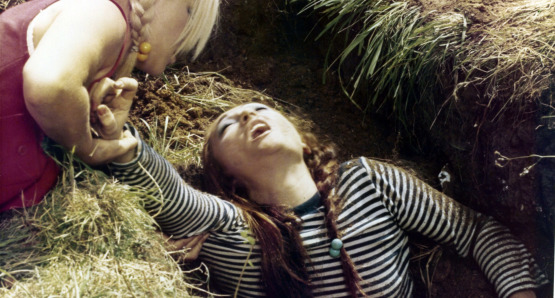 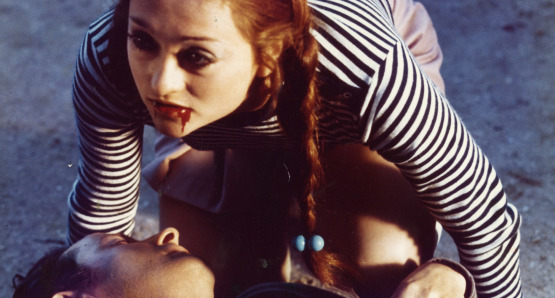 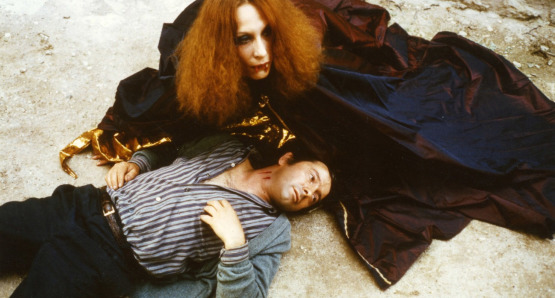 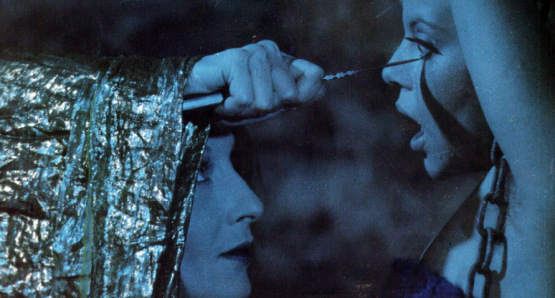