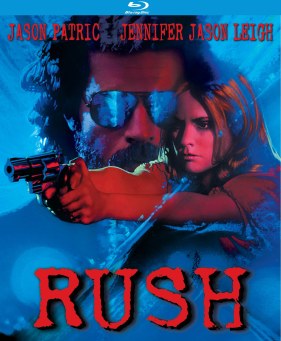 What happens when two cops stop loving their job.... and start living it? This emotionally riveting, powerful and unsparing film exposes the plight of two narcotics officers who cross the line... and become enmeshed in the dangerous but intoxicating underbelly of the drug world. Jason Patric (Solarbabies) and Jennifer Jason Leigh (Heart of Midnight) give rich, full-blooded performances as undercover officers Jim Raynor and Kristen Cates, partners who become lovers and addicts as they infiltrate the local drug scene in order to bring down a suspected drug lord. But as their relationship intensifies and their drug use turns to abuse, the fine line between the good guys and the bad guys becomes as blurry as their drug-induced vision. Lili Fini Zanuck makes her directorial debut in this gut-wrenching thriller featuring songs by rock icon Eric Clapton and a stellar supporting cast that includes Sam Elliott (Road House), Max Perlich (Drugstore Cowboy) and Rock legend Gregg Allman as a vicious drug dealer.