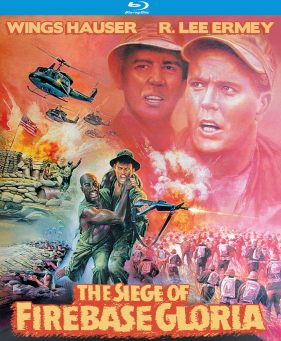 Veteran director Brian Trenchard-Smith (Man From Hong Kong, Escape 2000) directs this film that is hailed as one of the true unsung gems of the Vietnam War genre! Based on a true story, the film follows the struggle of a group of brave marines, led by tough as nails leader (R. Lee Ermey, Full Metal Jacket) and his sidekick (Wings Hauser, Vice Squad), as they attempt to defend Firebase Gloria during the Tet Offensive, even though they are greatly outnumbered. Siege Of Firebase Gloria is a tight, convincing war movie that delivers a studio film's worth of excitement and drama on a drive-in budget -- and war movie fans will love it.