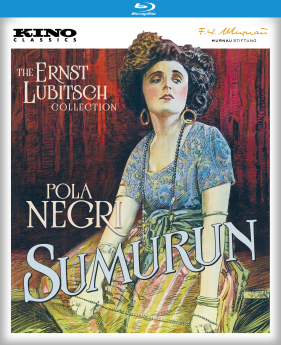 Originally released under the title One Arabian Night, Sumurun was among Lubitsch’s early triumphs and helped secure his invitation to Hollywood. This exotic spectacle stars Jenny Hasselqvist (The Saga of Gosta Berling) as Sumurun, a rebellious member of a harem who has committed the greatest of sins: she has rejected the old sheikh (Paul Wegener, The Golem) and fallen in love with a charming cloth merchant. Pola Negri co-stars as a traveling dancer who is drawn to both the harem and to the sheikh’s handsome son, and Lubitsch himself appears as a hunchbacked clown in love with the dancer. Sumurun was based on a pantomime that had been a popular success for Lubitsch’s mentor, theater director Max Reinhardt. The New York Times labeled the film “an exceptional production,” and film historian Lewis Jacobs wrote that Sumurun "not only revealed Lubitsch as an ingenious director of comedy, but introduced a risqué wit that killed the heavy-handed American sex and style displays.”