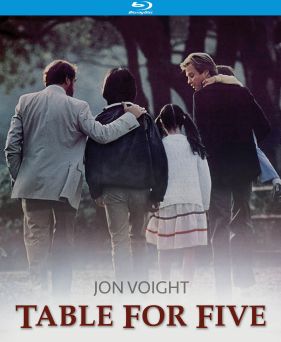 J.P. Tannen (Jon Voigt, Coming Home) wants a second chance to be a father to his children... but someone else has taken his place. Determined not to just be a friendly "uncle" in their lives, he gets permission from his ex-wife Kathleen (Millie Perkins, Diary of Anne Frank) and her new husband (Richard Crenna, First Blood) to take the kids on a Mediterranean cruise. But shortly after setting sail J.P. finds that reconnecting with his kids isn't going to be as easy as he had hoped: his youngest son has learning disabilities, his daughter harbors resentment and his eldest son is rebellious. Feeling overwhelmed, and reverting to his old irresponsible ways, J.P. is convinced that he's a failure as a father. Featuring Kevin Costner (The Untouchables) in one his earliest film roles.