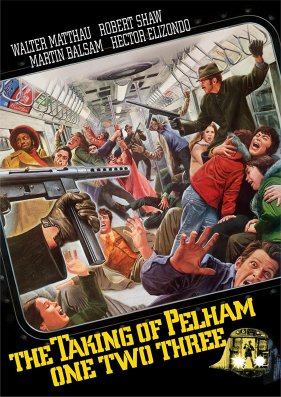 Screen legends Walter Matthau (The Laughing Policeman) and Robert Shaw (Figures in a Landscape) team up with Martin Balsam (After the Fox) and Hector Elizondo (Cuba) to deliver a sure-fire entertainment that's gripping and exciting from beginning to end and is guaranteed to give you the ride of your life. A gang of armed professionals hijack a New York subway train somewhere outside the Pelham station threatening to kill one hostage per minute unless their demands are met. Forced to stall these unknown assailants until a ransom is delivered or a rescue is made, transit chief Lt. Garber (Matthau) must shrewdly outmaneuver one of the craftiest and cruelest villains (Shaw) in a battle of wits that will either end heroically or tragically. Featuring masterful direction by Joseph Sargent (White Lightning), gorgeous widescreen cinematography by Owen Roizman (The French Connection), a classic rousing score by David Shire (The Conversation) and top-notch editing by Jerry Greenberg (Apocalypse Now) and Robert Q. Lovett (Cotton Comes to Harlem).