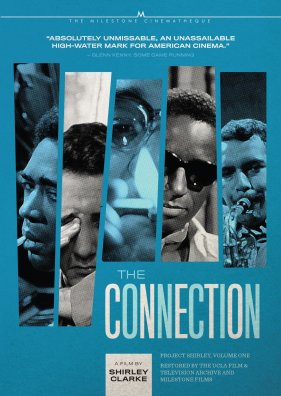 Created by director Shirley Clarke at a time when female filmmakers were in short supply, THE CONNECTION shatters stereotypes to become one of the most vital American independent classics. Based on the play within a play by Jack Gelber, the film portrays a group of addicts waiting in a New York apartment for their next hit. Meanwhile, a writer has entered their midst to write a script about those in the group who are jazz musicians, analyzing their every move. With brilliantly written dialogue and kinetic choreography to match its musical players, this long-lost touchstone returns to distribution for the first time in decades with a new restoration from UCLA.