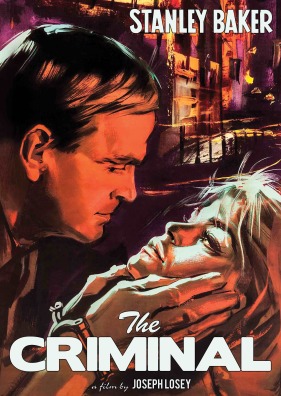 The Criminal aka The Concrete Jungle (DVD)

A hard-boiled crime classic from Joseph Losey, the legendary director of The Servant, Accident, Eva, Secret Ceremony and Figures in a Landscape! Stanley Baker (Zulu, Robbery, Perfect Friday) stars as underworld kingpin Johnny Bannion, sprung from prison by his best friend Mike Carter (Sam Wanamaker, Raw Deal, The Sell-Out) to mastermind a daring racetrack heist. But when Johnny is betrayed and sent back to prison shortly after hiding the stolen loot, he must survive an ordeal of brutality at the hands of his fellow convicts and former accomplices. Co-starring Patrick Magee (A Clockwork Orange, The Birthday Party) and Nigel Green (Tobruk, The Skull) and beautifully shot in striking black-and-white by the great Robert Krasker (The Third Man, Brief Encounter), The Criminal (also known as The Concrete Jungle) is the grim and gritty film noir that was originally advertised as “The Toughest Picture Ever Made in Britain!”

"The KL Studio Classics Blu-ray of The Criminal is a splendid encoding of this great picture, looking all the better in a flawless 4K scan."