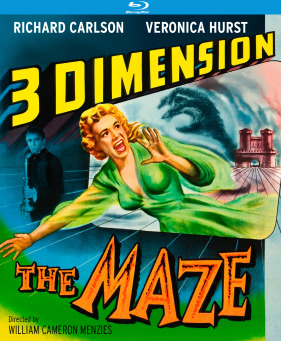 Newly Restored in 3-D by 3-D Film Archive from 4K scans by Paramount Pictures Archives! The Maze is a 1953 atmospheric horror film in 3-D, directed by William Cameron Menzies (Invaders from Mars, Things to Come) and starring Richard Carlson (The Magnetic Monster) as Scotsman Gerald MacTeam (Carlson) who abruptly breaks off his engagement to pretty Kitty Murray (Veronica Hurst) after receiving word of his uncle's death and inheriting a mysterious castle in the Scottish Highlands. Kitty refuses to accept the broken engagement and travels with her aunt (Katherine Emery) to the castle. When they arrive, they discover that Gerald has suddenly aged and his manner has changed significantly. After a series of mysterious events occur in both the castle and the hedge maze outside, they invite a group of friends, including a doctor, to the castle, hoping they can help Gerald with whatever ails him. Menzies was known for his very dimensional style, focusing many shots in layers – The Maze was his final film as production designer and director.

"Another Golden Age 3D gem The Maze has been redeemed by the 3-D Film Archive for fans of subtle Gothic suspense complete with a really superb 3D rendering, a most effective new soundtrack mix, and some bonus features fans of the movie won’t want to be without. Kudos!"

"This was so much fun - the best vintage 3D I've seen on Blu-ray and a wild, bizarre sci-fi horror gem. For fans of the 3D process this is essential, for everyone else it is simply warmly recommended!"

"Another restoration treat from the 3-D Film Archive."

"This Blu-ray is the beneficiary of a startlingly intense and highly enjoyable 3D restoration by Greg Kintz, Bob Furmanek, and everyone at the 3-D Film Archive. Also boasting quality sound and a couple of excellent extras including a must-listen commentary, this release of course comes very highly recommended and is an early contender for a spot on the year-end top-10 list. " 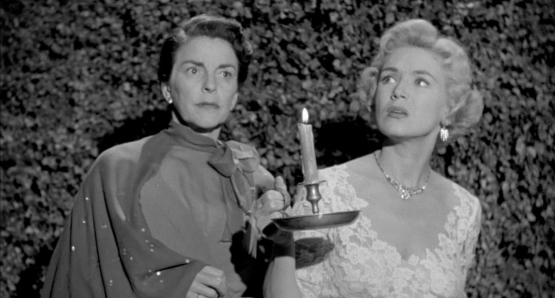 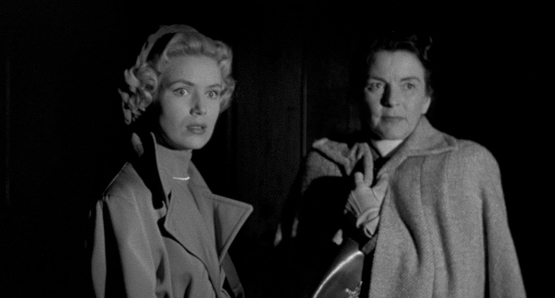 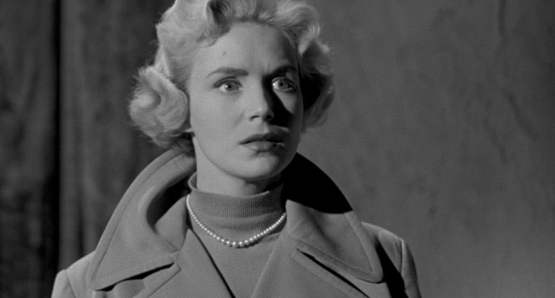 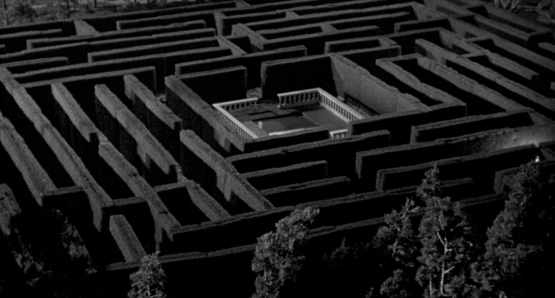 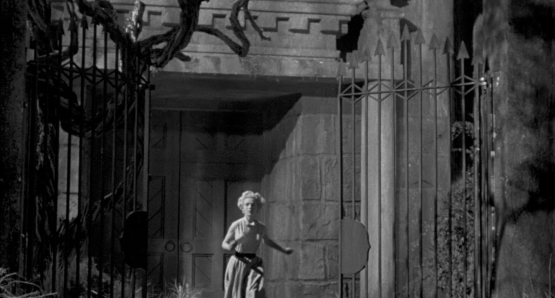 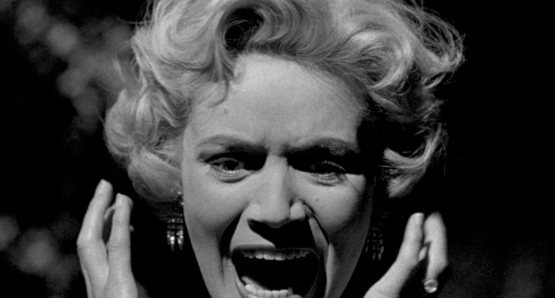