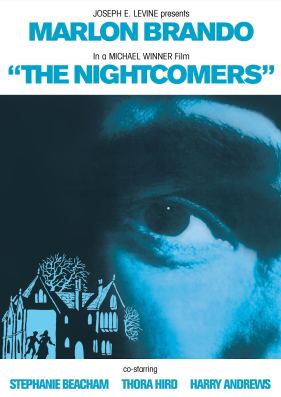 Two Children… Two Adults… One Unspeakable Crime! Captivating and disturbing, this highly intense psychological drama with its haunting, twisted notion of sexuality puts a new spin on the characters from Henry James’ celebrated ghost story, “The Turn of the Screw.” Marlon Brando (The Appaloosa, The Missouri Breaks) stars as Quint, a gardener who powerfully impacts the lives of young orphans Miles and Flora, who are left in the care of their governess (Stephanie Beacham, Dracula A.D. 1972, TV’s Dynasty) and housekeeper (Thora Hird, A Kind of Loving). Obsessed with the charismatic Quint, the children are mesmerized by his warped views of love and life and soon pattern their own lives after his crude, secret courtship with their governess. When the housekeeper finds out about the lovers’ relationship, she decides to fire them, leaving the bereft children to take matters into their own chilling hands. Top-notch direction by Michael Winner (Hannibal Brooks, Death Wish) and co-starring the great Harry Andrews (S.O.S. Titanic, Modesty Blaise).