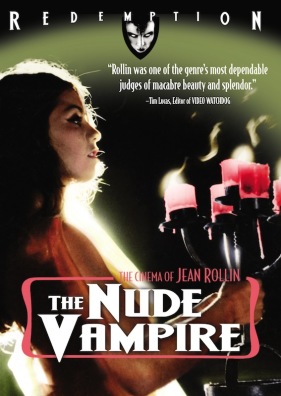 Wealthy industrialist Georges Radamante (Maurice Lemaitre) has dreams of immortality. Not through his own achievements, but by finding a way to share the biochemistry of the mute, orphaned vampire woman (Catherine Cartier) who has been raised by hooded needle-stickers in isolation, deprived of exposure to human faces. Radamante's son Pierre (Olivier Martin, Rollin's real-life brother) innocently complicates matters while trying to infiltrate his father's private club. It is love at first sight and Pierre determines to liberate his beloved, a goal which attracts the companionship of other vampires, who plan a torch-carrying siege of Radamante's palatial compound.

Rollin's first color film and his first collaboration with director of photography Jean-Jacques Renon, THE NUDE VAMPIRE (La Vampire nue) is a curiously science fiction-tinged story in the then-fashionable style of Jean-Claude Forrest (Barbarella) and Metal Hurlant artists Jean "Moebius" Giraud and Philippe Druillet, who was in fact recruited to design the film's poster.

"Rollin was one of the genre's most dependable judges of macabre beauty and splendor." - Tim Lucas, Editor of VIDEO WATCHDOG 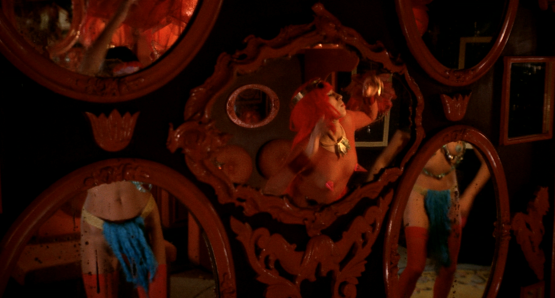 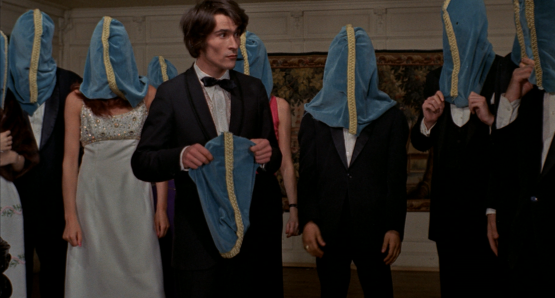 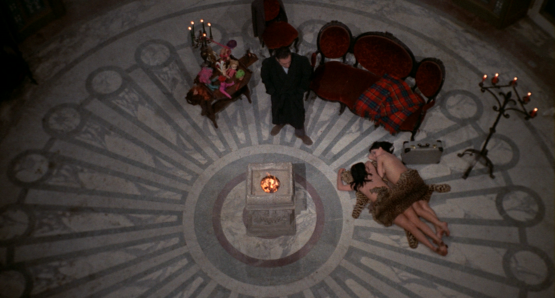