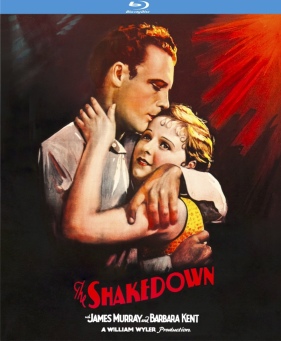 The Shakedown is a heartwarming boxing drama directed by Hollywood legend William Wyler (The Best Years of Our Lives, The Big Country), presented in a new 4K restoration from Universal Pictures. Dave Roberts (James Murray, The Crowd) is a fighter better known for taking falls in fixed fights than for taking home the prize money. He is part of a traveling team of scammers that fleece gamblers across the country. But then he falls head-over-heels for a fiery waitress (Barbara Kent) and a rough-and-tumble orphan (Jack Hanlon), and he begins to dramatically alter his life inside and outside of the ring.