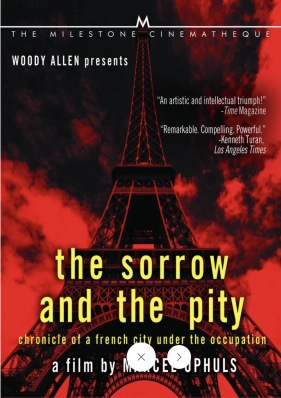 The Sorrow and the Pity (DVD)

From its first release at an underground theater in Paris, this account of France's occupation under Nazi regime has been acclaimed as one of the most moving and influential films ever made. Director Marcel Ophüls interviewed the residents of Clermont-Ferrand who remembered the occupation, as well as government officials, writers, farmers, artists, and German veterans. Here, in their own words, is the story of how ordinary citizens and leaders alike behaved under military siege. Originally refused by French TV, the film garnered international success and acclaim – including an Oscar nomination for Best Documentary – while shattering the myth of an undivided and universally resistant France under the Vichy government. A triumph of on-the-ground filmmaking, THE SORROW AND THE PITY remains gripping, appalling, and exhilarating for its transparent view upon humanity.