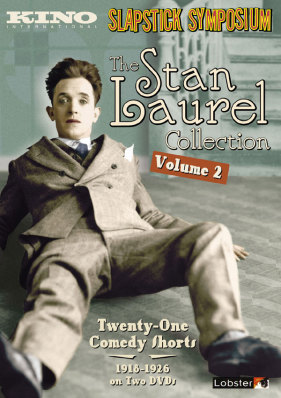 Prior to forming a fruitful partnership with funny man Oliver Hardy, Stan Laurel was a slapstick headliner in his own right.

This two-DVD set continues Kino International's monumental tribute to Stan Laurel with twenty-one slapstick classics, painstakingly restored by Paris's Lobster Films. Beginning with Huns and Hyphens (1918, in which Laurel plays a supporting role to Larry Semon), the collection follows Laurel's rapid rise to stardom, passing through Hal Roach's stable of master comedians to carve out his own big-screen niche.

In addition to playing the inept everyman wreaking havoc in a variety of domestic and professional situations, Laurel often starred in elaborate parodies of popular films, including Mud and Sand (1922, posing as Rhubarb Vaselino), the desert adventure Under Two Jags (1923) and Rupert of Hee-Haw (1924, spoofing the now-forgotten Rupert of Hentzau).