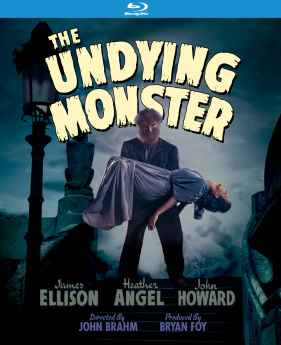 Few film directors have mastered the art of suspense, thrills and intriguing plot twists the way that John Brahm (Hangover Square) did – when Helga Hammond (Heather Angel, The Informer) hears about a legend whereby a male member of her family is about to be sacrificed every few years, she discounts the legend as nonsense. But when Helga's brother, Oliver (John Howard, Lost Horizon) is attacked by a horrific beast that is part man and part wolf, it appears that the legend is true. When Scotland Yard inspector (James Ellison, I Walked with a Zombie) investigates the link between the werewolf and the family, he discovers an even more shocking truth! One of the film’s key features is the gorgeous cinematography by the great Lucien Ballard (The Lodger).