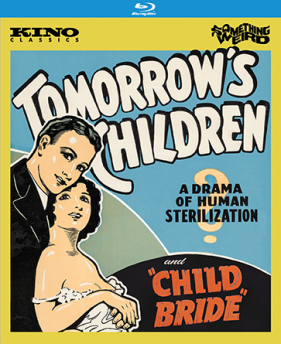 Exploitation films of the 1930s didn’t only warn citizens of the dangers of drugs and venereal disease. The genre brazenly confronted on a wide array of distasteful issues, as evidenced in this double feature of two of the most bizarre entries in the exploitation canon. Tomorrow’s Children is an exposé of eugenics, in which a young woman (Diane Sinclair) from a family of genetic degenerates is ordered by the court to be sterilized. Notorious even by today’s standards, Child Bride follows a crusading schoolteacher (Diana Durrell) as she tries to halt the practice of child marriage in a backwoods community, before it claims another innocent victim (Shirley Mills).