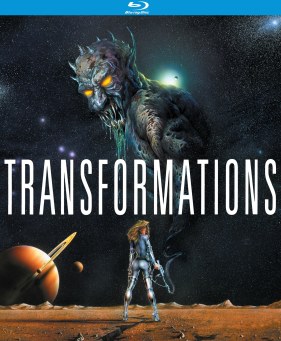 An act of passion unleashes a deadly force! In the furthest reaches of the galaxy, a lone transport pilot, Wolfgang "Wolf" Shadduck (Rex Smith, The Pirates of Penzance), locks in his destination, switches onto automatic pilot and retires for the night. Little does he know that events will soon steer him onto a collision course with gruesome horrors of Transformations; where a horrifying evil lurks behind seductive facades. When Wolf awakens from a nightmarish slumber, he finds himself in the hospital ward of a prison colony; his ship has crashed with its cargo intact. Soon, he finds himself gripped with a grotesque and mysterious disease that transforms him into a horrendous beast and only the purity of the beautiful Miranda (Lisa Langlois, Class of 1984) stands between the deadly disease and the rest of mankind. Also starring Patrick Macnee (John Steed of TVs The Avengers) as Father Christopher.