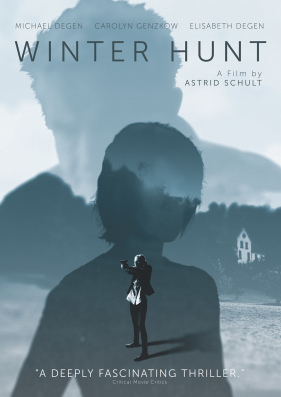 On a mission of vigilante justice, a young woman goes to extremes to seek reprisal against a suspected ex-Nazi, in the psychological thriller WINTER HUNT. Driving on a deserted highway through the German countryside, Lena (Carolyn Genzkow) arrives at the Rossberg’s remote estate as nightfall descends. Feigning a car accident, she begs for help from the deeply apprehensive Maria (Elisabeth Degen), who reluctantly agrees to invite her in. But Lena’s plea is a ruse to confront the aged patriarch Anselm Rossberg (Michael Degen), a former Auschwitz guard accused of war crimes. Lena’s efforts to extract a confession at gunpoint result in a twisted cat-and-mouse game, as the three characters enter a standoff fraught with moral complexities and shocking revelations. Powerhouse performances and a taut script fuel this edge-of-your-seat drama about wartime guilt and culpability across generations.