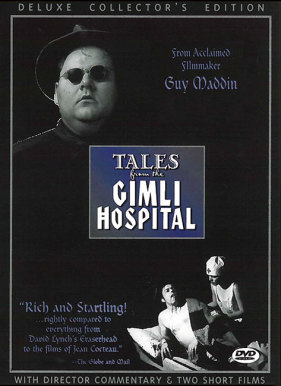 Tales From The Gimli Hospital

Following in the footsteps of such directors as the silent cinema's F. W. Murnau and Fritz Lang and the surrealists Luis Bunuel, Jean Cocteau and David Lynch comes Canadian filmmaker Guy Maddin and his first feature: Tales From The Gimli Hospital. Released theatrically in 1988 to acclaim from critics and the public alike, Tales From The Gimli Hospital is now regarded as one of the true cult hits of the Eighties; a bizarre entry on the midnight movie circuit that found an eager audience and set its director's career in motion.

Set during a smallpox epidemic in the village of Gimli, Manitoba near the turn of the century, Tales From The Gimli Hospital is a dreamlike, elliptical film which explores the jealousy and madness instilled in two men who share a hospital room "in a Gimli we no longer know." The two men, Einar (Kyle McCulloch) and Gunnar (Michael Gottli) are friends at first, until they reveal their darkest secrets to each other. Tales of creeping pestilence, unconsummated passions, reckless envy and necrophilia are told, climaxing in a deadly battle between the two patients, now rivals. Does a better world await these two lost souls on Earth...or in Heaven?

For this  DVD, Guy Maddin has supervised the digital transfer of the film and provided scene-specific audio commentary. Also featured are two rare short films: The Dead Father (1986, 25 mins.), about a young man's inability to cope with sudden appearances of his recently deceased dad, and Hospital Fragment (1988, 4 mins.), a tale of sexual give-and-take from the haunted Gimli universe. 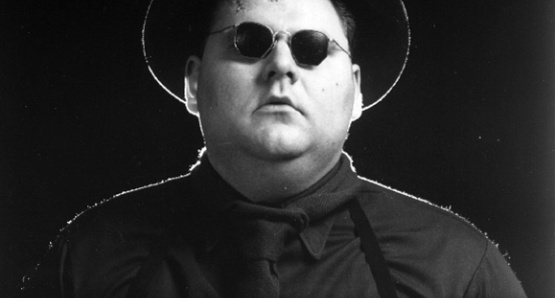