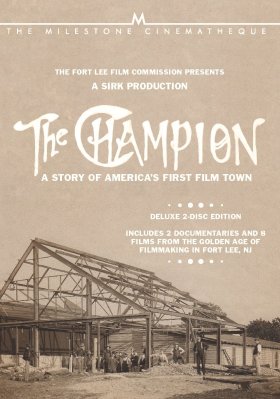 The Champion: A Story of America's First Film Town

When Mark Dintenfass arrived at Fort Lee in 1910, the sleepy New Jersey town was already a favorite location for nickelodeon-era filmmakers. Purchasing land in nearby Englewood Cliffs, Dintenfass founded Champion Studios, and set off a land rush for other studios eager to make silent westerns and Civil War epics on the cheap. Based on the book by Richard Koszarski, THE CHAMPION tells the story of that brief golden age in New Jersey's film history – and a modern-day fight to save the era’s last remaining studios.