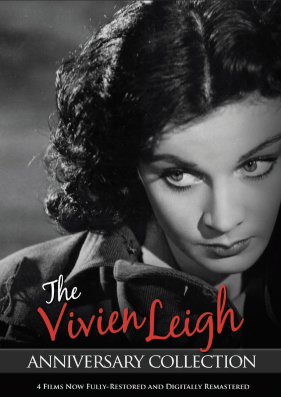 Newly Restored! One of the great romantic classics of the 1930s. Radiant Vivien Leigh plays an Allied double agent in 1915 Stockholm. When the Germans, suspicious that she’s passing secrets to the French, send Chief of Intelligence Conrad Veidt to catch her, the two fall hopelessly in love.

Newly Restored! During the reign of England's Queen Elizabeth I, a young naval officer (Laurence Olivier) spies on the Spanish and discovers their plans to send the Armada against England. This wins him the love of the Queen's lady-in-waiting (Vivien Leigh) as he takes the British fleet into battle.

STORM IN A TEACUP:

Newly Restored! A local politician tries to break a reporter who writes a negative story about him, crushing his political ambitions. Charming chaos follows when the writer, now in love with the daughter of the politician, is sued by her father, ending in an uproarious courtroom confrontation.

Newly Restored! On St. Martin’s Lane in London, a popular spot for street performers, a busker (Charles Laughton) works a poor girl (Vivien Leigh) into his act. As her popularity rises, he guides her to stardom even though it means sacrificing his love for her.