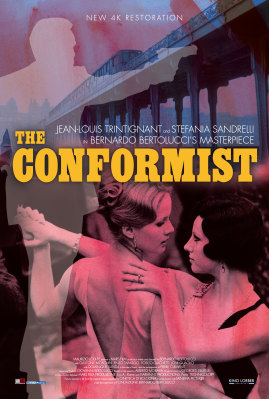 In Mussolini's Italy, repressed Jean-Louis Trintignant, trying to purge memories of a youthful, homosexual episode – and murder – joins the Fascists in a desperate attempt to fit in. As the reluctant Judas motors to his personal Gethsemane (the assassination of his leftist mentor), he flashes back to a dance party for the blind; an insane asylum in a stadium; and wife Stefania Sandrelli and lover Dominique Sanda dancing the tango in a working class hall. But those are only a few of this political thriller's anthology pieces, others including Trintignant's honeymoon coupling with Sandrelli in a train compartment as the sun sets outside their window; a bimbo lolling on the desk of a fascist functionary, glimpsed in the recesses of his cavernous office; a murder victim's hands leaving bloody streaks on a limousine parked in a wintry forest. Bernardo Bertolucci's masterpiece, adapted from the Alberto Moravia novel, boasts an authentic Art Deco look created by production designer Ferdinando Scarfiotti, a score by the great Georges Delerue and breathtaking color cinematography by Vittorio Storaro. 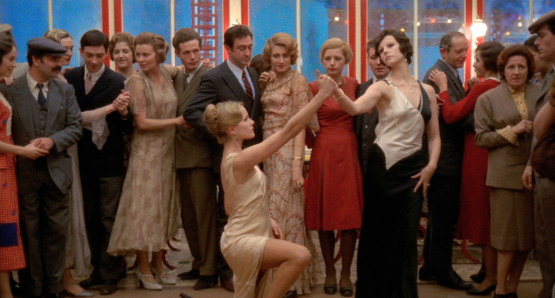 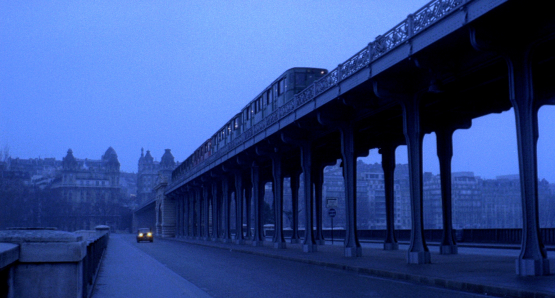 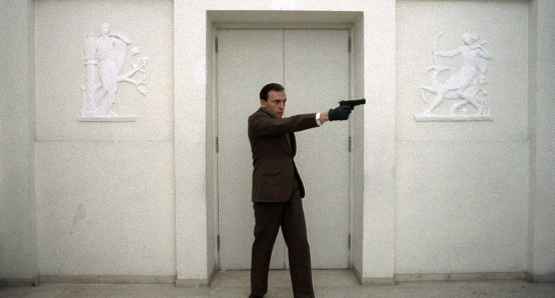 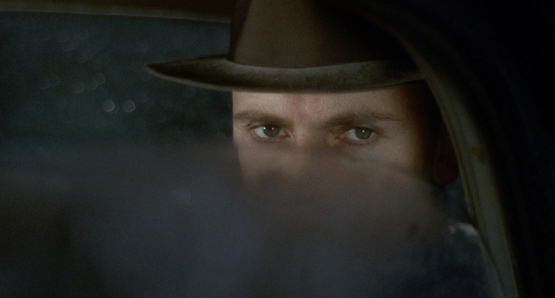 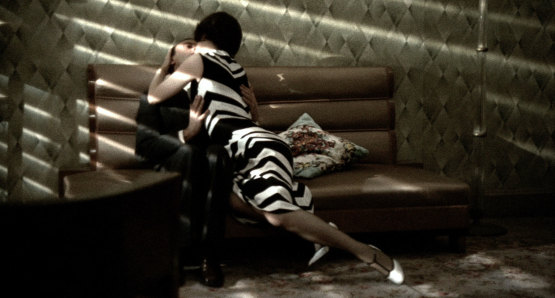 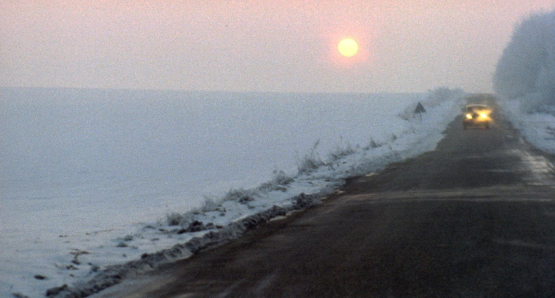 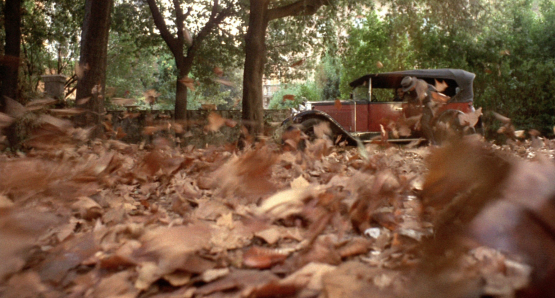 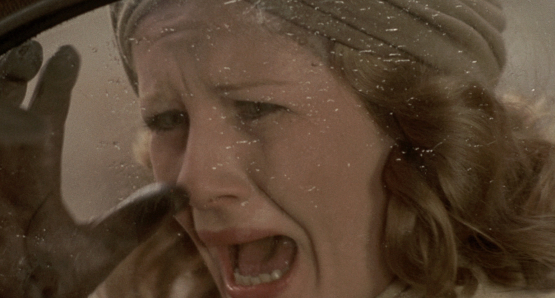 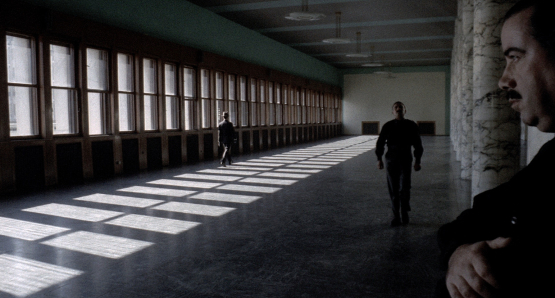 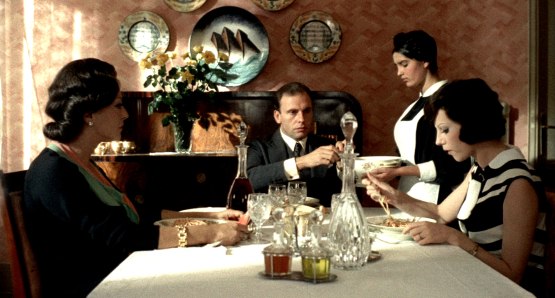 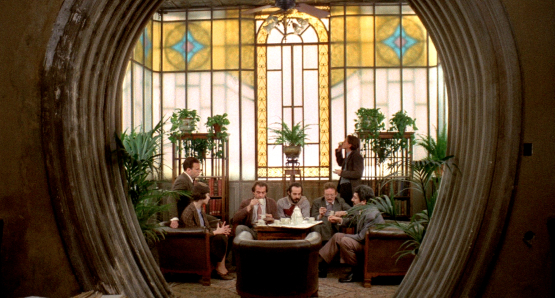