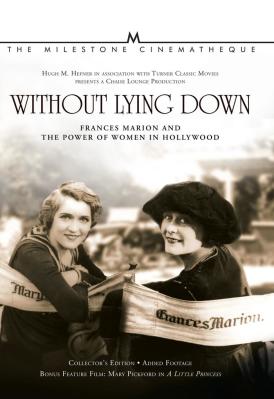 Without Lying Down: Frances Marion and the Power of Women in Hollywood

For over two decades, Frances Marion was one of the most powerful names in Hollywood, writing more than 200 scripts to become the world's highest paid screenwriter. Stars like Pickford, Garbo, Gable and Dressler sought to bring her characters to life, leading her to become the first screenwriter to win two Oscars®. Now, her fascinating story come alive in this insightful documentary narrated by acclaimed actresses Uma Thurman and Kathy Bates, accompanying footage from more than twenty of Marion's films and commentary by silent film historian Kevin Brownlow, critic Leonard Maltin and Marion's celebrated biographer, Cari Beauchamp.