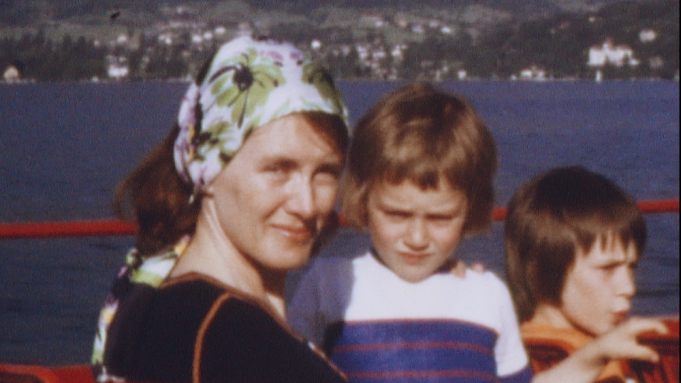 “An examination of youth, family, travel, and our place in the world… the film plays as one extended memory—sometimes more bitter, sometimes more sweet, always a combination of both.”
– Michael Frank, THE FILM STAGE

“A bittersweet look at the passage of time, delivered with a compelling blend of personal intimacy and broader societal upheaval.”
– Lisa Nesselson, SCREEN INTERNATIONAL

Kino Lorber announced that it has acquired from Totem Films all North American distribution rights to the intimate archival documentary The Super 8 Years, directed by Annie Ernaux, who will be awarded the 2022 Nobel Prize for Literature on December 10, and her son David Ernaux-Briot. Kino Lorber will release the film theatrically at Film at Lincoln Center in New York on December 16, followed by a digital release on December 20 and a home video release in 2023.

One of France’s most respected contemporary writers, Annie Ernaux’s intimate and autobiographical body of work captures the inner lives of women alongside societal and cultural changes in France from the 1960s onwards. A natural extension of her literary work in its form and content, The Super 8 Years shows the pastimes, lifestyle and aspirations of a social class in post-1960s France through the lens of the Ernaux family archive.

The Super 8 Years made its World Premiere at the Cannes Directors’ Fortnight earlier this year and has since played prominently on the international festival circuit, including bows at the Busan, Rome, New York and Zurich Film Festivals. Composed of silent Super 8 home video footage shot by Annie Ernaux’s then husband Philippe Ernaux, the film features pensive voiceover narration written and performed by Ernaux. The Super 8 Years is the directorial debut for Ernaux, whose autobiographical novel L’Événement was adapted last year into the critically acclaimed film Happening.

The French writer and 2022 Nobel Prize laureate Annie Ernaux, whose novels and memoirs have earned her a devoted following, opens a treasure trove with this delicate journey into her family’s memory, chronicling the period when her first books were published, her sons became teenagers, and her husband Philippe brought an 8mm film camera everywhere they went. Compiled from gorgeously textured home movie images shot between 1972 and 1981, this portrait of a time, place, and moment of personal and political significance takes us from holidays and family rituals in suburban bourgeois France to trips abroad in Albania and Egypt, Spain and the USSR. Supplying her own introspective voiceover, Ernaux and her co-filmmaker, her son David, guide the viewer through fragments of a decade, diffuse and vivid in equal measure. The Super 8 Years is a remarkable visual extension of Ernaux’s ongoing literary project to make sense of the mysterious past and the unknowable future.

The deal for The Super 8 Years was negotiated by Kino Lorber Senior Vice President Wendy Lidell and Totem Films.

“One of our finest contemporary memoirists, Annie Ernaux writes about life directly as she experiences it, capturing the texture of memory with introspective candor and unflagging wit alongside larger societal observations. The Super 8 Years continues this tradition, with Annie's own indelible voice bringing her most intimate family memories to life. We're honored to partner with Annie and David to bring the story of their family to North American audiences,” said Kino Lorber SVP Wendy Lidell.

The author of some twenty works of fiction and memoir, Annie Ernaux is considered by many to be France’s most important literary voice. She won the Prix Renaudot for A Man's Place and the Marguerite Yourcenar Prize for her body of work. More recently she received the International Strega Prize, the Prix Formentor, the French-American Translation Prize, and the Warwick Prize for Women in Translation for The Years, which was also shortlisted for the Man Booker International Prize. Her other works include Exteriors, A Girl's Story, A Woman's Story, The Possession, Simple Passion, Happening, I Remain in Darkness, Shame, A Frozen Woman, and A Man's Place.

David Ernaux-Briot, son of Annie and Philippe Ernaux, was born in 1968. He grew up in Annecy and later on Cergy-Pontoise. After studying science, he decided to focus on scientific journalism and contributed to specialized TV programs such as E=M6 and C'est pas Sorcier. He wrote and directed the mini-series Théâtre des Machines, Corpus, Art et Sport for the platforms Universcience and CANOPE. The Super 8 Years is his first feature-length documentary.