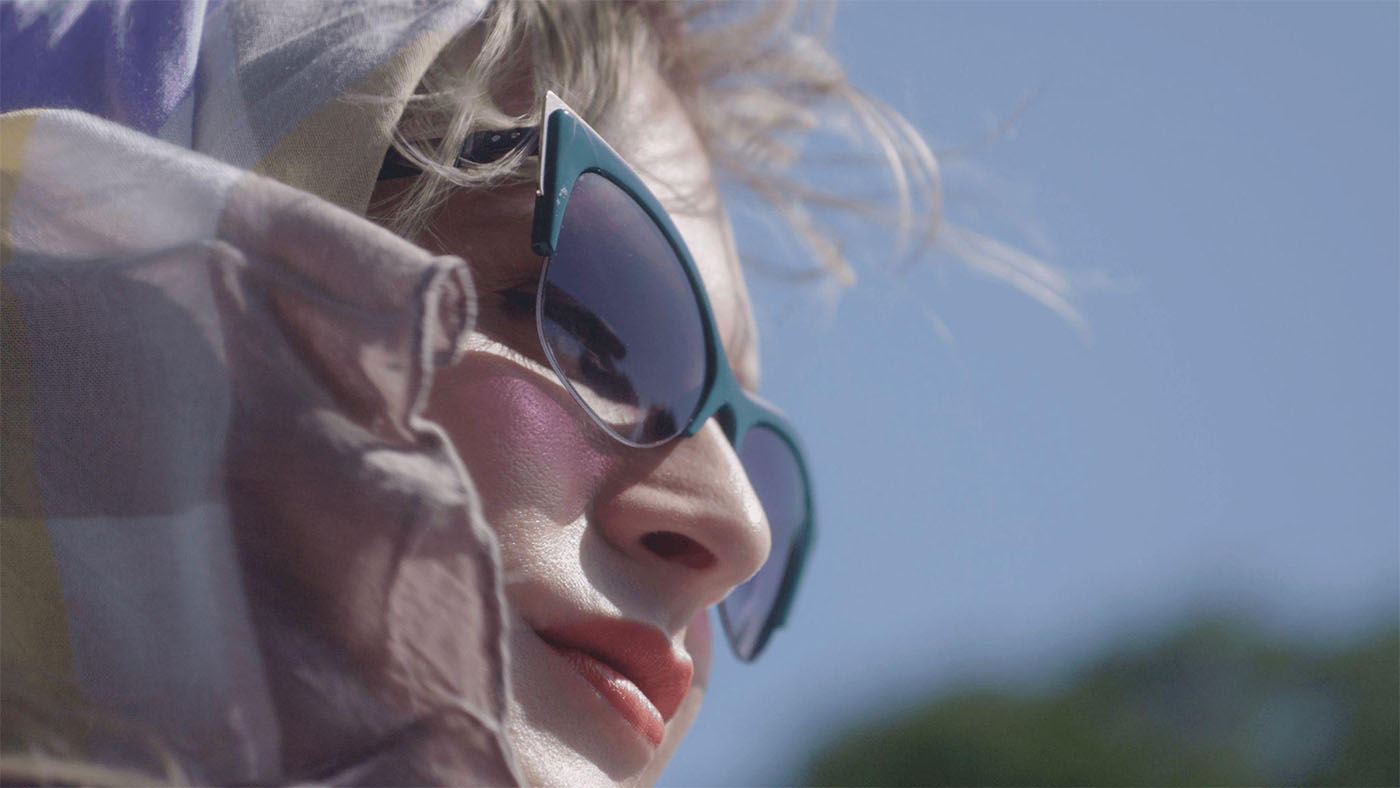 Winner of the Sundance NEXT Innovator Award & NEXT Audience Award

"Dizzyingly prismatic yet unfailingly lucid in its examination of the many layers of gender, sexual and racial identity, Framing Agnes releases wave after wave of insights over its fleet 75-minute running time."
– Justin Chang, LA TIMES

"A film of quiet but decisive radicality… brings vividly to the screen the burdens borne by trans people of even the modern past: the silences and the sacrifices, the obsessive stage-managing and taut performances of their lives—on which their safety depended."
– Richard Brody, THE NEW YORKER

"Framing Agnes is a vital part of the historical record, addressing trans life as we know it right now and providing deeper understanding for current and future viewers."
– Alonso Duralde, THE WRAP

New York, NY – June 3, 2022 – Kino Lorber announced that it has acquired North American distribution rights to Chase Joynt's innovative hybrid film Framing Agnes, which explores the lived expe riences of trans people past and present through reenactments of transcripts from a UCLA gender study conducted in the 1960s. The film will make its New York premiere at NewFest on June 5, followed by a theatrical release from Kino Lorber in December.

The solo directorial debut of Chase Joynt, who previously co-directed No Ordinary Man, a documentary portrait of jazz musician and trans cultural icon Billy Tipton, Framing Agnes is based on Joynt's 2020 short and made its World Premiere at the 2022 Sundance Film Festival, where it won the NEXT Innovator Award and NEXT Audience Award. The film is written by Joynt and Morgan M. Page and produced by Joynt, Samantha Curley, and Shant Joshi. It features a cast of trans performers and academics that includes Jules Gill-Peterson, Angelica Ross, Jen Richards, Zackary Drucker, Max Wolf Valerio, Silas Howard, and Stephen Ira.

Agnes, the pioneering, pseudonymized, transgender woman who participated in Harold Garfinkel's gender health research at UCLA in the 1960s, has long stood as a figurehead of trans history. In this rigorous cinematic exercise that blends fiction and nonfiction, director Chase Joynt explores where and how her platform has become a pigeonhole. Framing Agnes endeavors to widen the frame through which trans history is viewed — one that has remained too narrow to capture the multiplicity of experiences eclipsed by Agnes. Through a collaborative practice of reimagination, an impressive lineup of trans stars take on vividly rendered, impeccably vintage reenactments, bringing to life groundbreaking artifacts of trans healthcare. Joynt's signature form-rupturing style radically reenvisions the imposition of the frame on the cultural memory of transness through his brilliantly crafted, communally-driven excavation. This reclamation tears away with remarkable precision the myth of isolation as the mode of existence of transgender history-makers, breathing new life into a lineage of collaborators and conspirators who have been forgotten for far too long.

The deal for Framing Agnes was negotiated by Kino Lorber Senior Vice President Wendy Lidell and UTA Independent Film Group on behalf of the filmmakers.

"Framing Agnes takes a novel and fascinating approach to exploring how trans people past and present are perceived and represented," said Kino Lorber SVP Wendy Lidell. "By combining tropes of dramatic and documentary filmmaking, Chase enables the audience to see the trans community through fresh eyes, and in their own words. We believe it will make a huge contribution to the ongoing conversation around trans rights and look forward to sharing it far and wide."

"As a longtime fan and consumer of the innovative, agile and impactful titles curated and distributed by Kino Lorber, I couldn't think of a better place and partner for our film," added director Chase Joynt.

Chase Joynt is a director and writer whose films have won jury and audience awards internationally. His debut documentary feature, Framing Agnes, premiered at the 2022 Sundance Film Festival where it won the NEXT Innovator Award and the NEXT Audience Award. With Aisling Chin-Yee, Chase co-directed No Ordinary Man, a feature-length documentary about jazz musician Billy Tipton, which was presented at Cannes Docs 2020 as part of the Canadian Showcase of Docs-in-Progress. Since premiering at the Toronto International Film Festival in 2020, No Ordinary Man has been hailed by The New Yorker as "a genre unto itself" and Indiewire as "the future of trans cinema." The film has won 9 awards on the international festival circuit, including being named to TIFF Canada's Top Ten. Joynt's first book You Only Live Twice (co-authored with Mike Hoolboom) was a Lambda Literary Award Finalist and named one of the best books of the year by The Globe and Mail and CBC. Most recently, he directed episodes of Two Sentence Horror Stories for the CW, which are now streaming on Netflix. With Samantha Curley, Chase runs Level Ground Productions in Los Angeles.