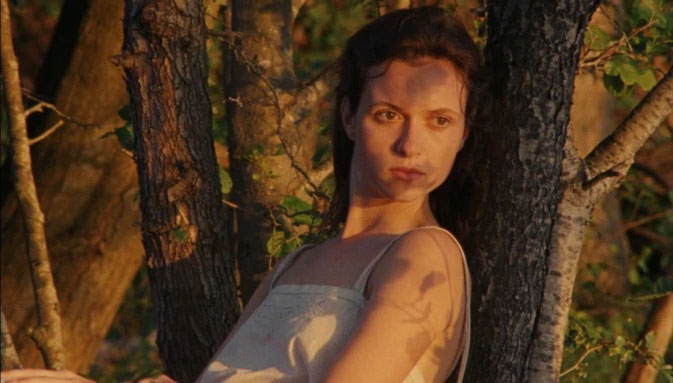 “There is a Rembrandt-esque quality to the images that Pietro Marcello brings to the screen… characters and images are illustrated with a fierce and breathtaking beauty.”
– Sophie Monks Kaufman, LITTLE WHITE LIES

“A fascinating, slippery movie filled with lyrical beauty, acts of barbarism, moments of magic and unexpected hope… As he did in Martin Eden, Marcello takes an expansive, visually adventurous approach to a story about people and the historical forces that define, imprison and sometimes liberate them. ”
– Manohla Dargis, THE NEW YORK TIMES

Kino Lorber announced that it has acquired from Orange Studio all North American distribution rights to Pietro Marcello’s expansive post-WWI fable Scarlet, marking Kino’s second collaboration with the celebrated Martin Eden director. The film will make its North American premiere in the Main Slate of the 60th New York Film Festival this fall before a theatrical release in 2023.

A loose adaptation of Alexander Grin’s novel Scarlet Sails, Scarlet is directed by Pietro Marcello, who rose to prominence as a documentarian with his film The Mouth of the Wolf and later attracted acclaim with his Venice and TIFF prize-winning narrative Martin Eden.

Written by Marcello, his regular screenwriting partner Maurizio Braucci (Martin Eden), and Maud Ameline, with the participation of the novelist Geneviève Brisac, the film is produced by Charles Gillibert (Personal Shopper, Bergman Island, Annette) and Ilya Stewart. Scarlet stars Raphaël Thiery and Juliette Jouan as father and daughter, alongside supporting performances from Louis Garrel, Noémie Lvovsky, and Yolande Moreau.
In northern France following the First World War, veteran Raphaël (Raphaël Thiery) returns home from the frontlines to find himself a widower, with his infant daughter placed in his arms to raise. Living alone with her father in rural Normandy, Juliette (Juliette Jouan) grows into a lonely young girl who is passionate about singing and music, seeking refuge in the nearby woods where she meets a witch who promises scarlet sails will one day take her away from her village. Reckoning with her future and swept away by a rakish young pilot (Louis Garrel) who literally falls from the sky, Juliette never stops believing in the witch’s prophecy. Tracing Juliette’s journey throughout the twenty years of great invention between the world wars, Scarlet weaves together music and fantasy, history and folklore, to craft a magical realist fable of identity and emancipation.
The deal for Scarlet was negotiated by Kino Lorber Senior Vice President Wendy Lidell and Charlotte Boucon for Orange Studio.

“We are thrilled to be following up our 2020 release of Martin Eden with another brilliant film by the great Pietro Marcello,” said Kino Lorber SVP Wendy Lidell. “Pietro has an unrivaled ability to find beauty in everyone and everything he films, matched only by his ability to portray emotion with subtlety and nuance. Scarlet is an exquisite adventure that will bring joy to everyone who sees it.”

“I welcome the news that Scarlet will be released in North America by Kino Lorber,” said director Pietro Marcello. “Adapted from a novel by 20th century Russian pacifist writer Alexander Grin, this film represented a new challenge for me in several ways – as the first work that I have made outside of Italy, with foreign actors, and a female protagonist. I was interested in the depiction of a relationship between a father and daughter, especially when it breaks down and she becomes an independent woman. In Martin Eden, my references were the Swedish trade unionist Stig Dagerma and the Neapolitan anarchist Enrico Malatesta and, in Scarlet, I took inspiration from the Communard Louise Michel. We remain on the ground of anarchy, but between these two films is a progressive shift in my point of view from the masculine to the feminine.”

"We’re delighted to partner with Kino Lorber’s fantastic team to bring Pietro Marcello’s Scarlet to American audiences. Kino Lorber has demonstrated over the years its unique ability to not only curate the best of contemporary world cinema from major international film festivals but also its ability to display the best strategy for each title to meet its audience and beyond. We couldn’t have dreamt of a better home for the US release of Scarlet,” added Charlotte Boucon, Director of World Sales of Orange Studio.

A graduate of the Academy of Fine Arts in Naples, Pietro Marcello made his first short films in the 2000s, before signing his first feature, The Mouth of the Wolf, which earned him instant recognition from international critics. His subsequent films, including Lost and Beautiful, established him as one of the most inventive documentary filmmakers of his generation. But it is especially with his narrative film Martin Eden that the public discovered his talent.