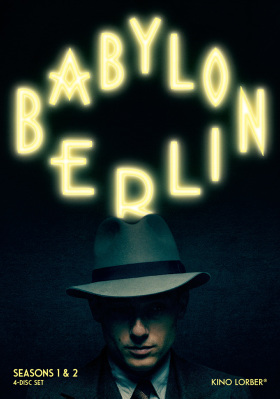 Babylon Berlin is one of the most critically acclaimed European television shows of the decade, a sumptuously paranoid thriller set in 1929 Berlin, a metropolis in turmoil. In Seasons 1 and 2, the glittering excesses of the city’s nightlife sparkle while an army of the impoverished strives for a better life. Organized crime and political extremists take advantage, extending their power throughout town. Gereon Rath (Volker Bruch, The Reader), a young cop from Cologne, is transferred to the vice squad in Berlin, which is headed by the seemingly affable Bruno Wolter (Peter Kurth, Good Bye Lenin!). Charlotte Ritter (Liv Lisa Fries, The Wave) is a stenographer for the homicide department who lives a double life in the city’s cabarets, a valuable resource for Rath’s investigations. He is confronted with a tangled web of corruption, forcing him into an existential conflict as he is torn between loyalty and uncovering the truth. Then a freight train from the Soviet Union arrives, which appears to hold the key to political power — and is a deadly trap for anyone trying to approach it.