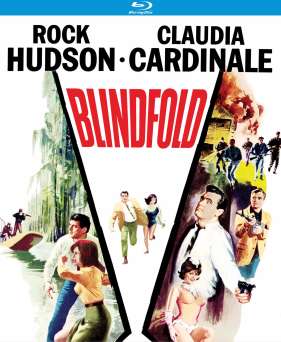 In the tradition of Charade and Arabesque, screen icons Rock Hudson (The Tarnished Angels) and Claudia Cardinale (Once Upon a Time in the West) co-star in this suspense-filled espionage thriller with a touch of comedy, wonderfully directed by Philip Dunne (Ten North Frederick). General Pratt (Jack Warden, The White Buffalo), a national security chief, and his aides approach successful psychiatrist Dr. Bartholomew Snow (Hudson) for a top secret mission for the United States government. A brilliant scientist, once a patient of Dr. Snow’s, has evidently had a mental breakdown and is hiding in a remote government safehouse known only as “Base X.” With enemy agents on his tail, Snow soon finds himself caught in the middle—and out of desperation, he falls in with a mysterious and beautiful woman named Vicky Vincenti (Cardinale). But is she helping him, or is she yet another sinister figure out to manipulate him? Co-starring Guy Stockwell (The War Lord) and Brad Dexter (99 River Street), with top-notch widescreen cinematography by Joseph MacDonald (The Sand Pebbles) and a rousing score by the great Lalo Schifrin (Mission: Impossible).