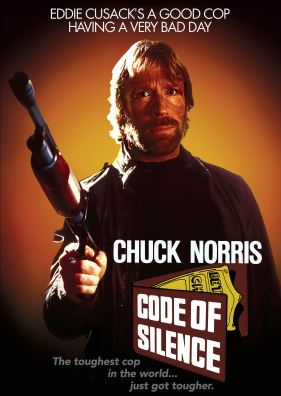 From Andrew Davis, the director of The Fugitive, The Package and Under Siege, comes this riveting, turbo-charged crime thriller starring action legend Chuck Norris (An Eye for an Eye, Hero and the Terror) in what most critics and fans consider to be his best film. Exploding with heart-stopping chases and lethal martial arts confrontations, it's a daring and suspenseful adventure that pits an honest cop against two vicious crime lords and his own department. Eddie Cusack (Norris) is a Chicago detective who plays by his own rules - a dangerous habit, especially when he breaks the "code of silence" to blow the lid off a deadly police cover-up. Now an outcast, he receives little help from his embittered fellow officers when he's hurled into a blistering battle against rival drug kingpins. But Cusack is a one-man army, waging war on the criminals with his razor-sharp wits, lightning-fast karate moves and a remote-controlled, rocket-equipped tank! Henry Silva (Sharky’s Machine) and Dennis Farina (TV’s Crime Story) co-star.