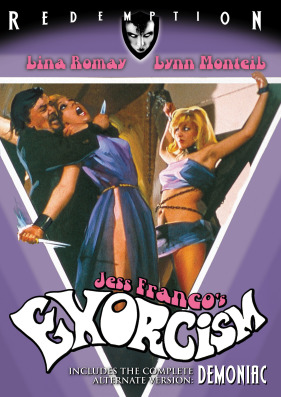 A gleefully sordid grindhouse gem punctuated with disarming moments of visual eloquence, EXORCISM is a quintessential Jess Franco film that takes the director's idiosyncratic sexual obsessions and folds them within the trappings of the conventional horror film. Made during the height of the demon possession film craze, EXORCISM stars Franco's wife and muse, the incomparable Lina Romay, as a performance artist who stages faux satanic rituals for the gratification of the Parisian elite. When a defrocked priest with a penchant for S&M (Franco) witnesses one of Anna's erotic spectacles and mistakes it for an actual black mass, the moral crusader launches a one-man Inquisition upon the sexually liberated women of Paris.